Home News A cargo ship which is propelled by the wind

A cargo ship which is propelled by the wind 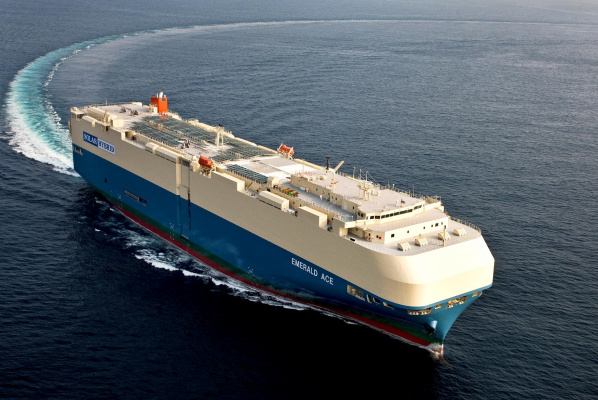 The Swedish company Alfa Laval and the Norwegian-Swedish shipping operator Wallenius have announced the creation of a joint venture company, AlfaWall, to develop a large wind-powered cargo ship project.
This unusual sailing ship was named Oceanbird and is being developed on the basis of a car carrier. It is assumed that with a length of 200 m and a width of 40 meters, the vessel will be able to take on board up to 7,000 cars.

The Oceanbird will be powered by the wind, and instead of the usual masts with sails, it will be equipped with five rotatable rigid wings. For passage under bridges or when mooring in the port, it is possible to adjust these "wing sails" in the vertical plane, which allows you to adjust the dimensions of the vessel in height within a fairly wide range. However, it is planned to install auxiliary engines running on environmentally friendly fuels for insurance on the Oceanbird.

According to preliminary calculations, a new ship will need 12 days to cross the Atlantic Ocean on a similar sailing thrust at an average speed of about 10 knots, while a conventional car carrier covers the same distance in 8-10 days. Nevertheless, when choosing the optimal routes, the project seems commercially viable due to significant savings in fuel and guarantees a reduction in harmful emissions into the atmosphere to a minimum level.

AlfaWall specialists hope that Okeanskaya Ptitsa will spread its wings and go to sea in 2025, but for now, in parallel with the implementation of the project, they are conducting marketing research on the possibilities of further commercial operation of the new vessel.

Thus, the trend towards the use of alternative energy sources for merchant shipping is receiving more and more confirmation in practice. It is curious that Oceanbird will be the second completed project of a sailing car carrier after the four-mast Ro-Ro-boat Neoliner, which is expected to be launched before the end of this year.