Home News The last invisible destroyer went to the sea

The last invisible destroyer went to the sea 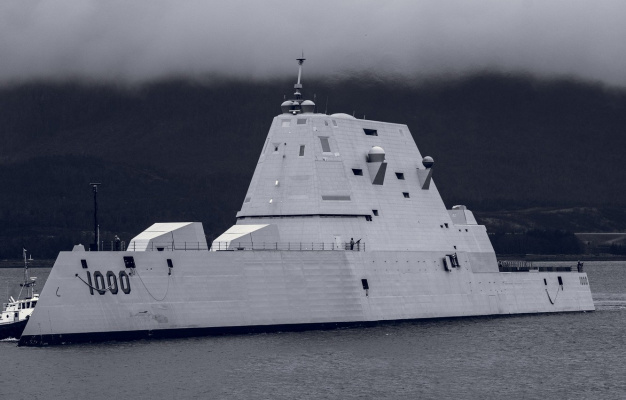 The third and last Zumwalt-class destroyer, Lyndon Johnson, went to sea trials. According to Naval News, the US Navy plans to receive it in 2023.

The US military was originally going to order 32 Zumwalt-class destroyers, but the project turned out to be too expensive. Therefore, the Pentagon first reduced the order to 24 units, then to seven, and, as a result, to three.

All Zumwalts are designed with the concept of more electric ships. They are equipped with gas turbines and generators that power electric motors and onboard systems. With a length of 190 meters and a width of 24.6 meters, the displacement of the destroyers is 15.7 thousand tons. They can reach speeds of up to 30 knots. The US Navy has already received the first two ships of the project - the lead Zumwalt and Michael Mansour.

The last Zumwalt-class destroyer was laid down in 2017 and launched a year later. The ship, named 36 by American President Lyndon Johnson, was built under austerity. Therefore, its design is slightly different from the first two destroyers. For example, the superstructure of the third Zumvalt is made of ship steel rather than composite materials.

"Lyndon Johnson" went to sea trials on August 27, the birthday of the president of the same name. This is the second stage of testing any ship, during which its on-board equipment is checked in real conditions, as well as its compliance with design characteristics, such as speed, stability and propulsion, is assessed. The US Navy plans to receive the last Zumwalt in 2023.

The Zumwalts failed to become the American destroyers of the future, and in June the US Navy re-launched a program to develop a promising destroyer to replace the Ticonderogs and Arleigh Burkes. Earlier we wrote that the construction of the new ship should begin in 2028.