Oil rises sharply amid a falling dollar and optimism in demand 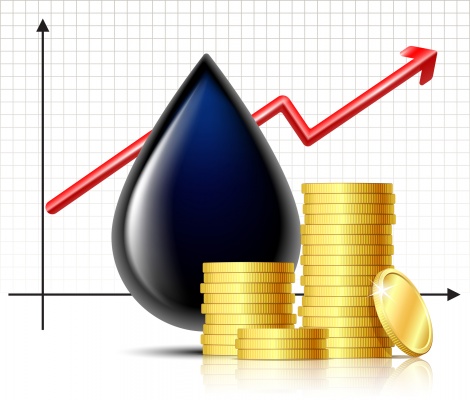 According to official data of Bloomberg publication, oil prices exceeded $54 per barrel. Such an increase in prices is associated with a significant drop of the dollar after the maximum jump in 3 weeks.
The sharp rise in U.S. stocks triggered the highest closing level of futures in New York for a year. Saudi Aramco says demand will return to pre-vintage levels in 2021. Royal Dutch Shell Plc, literally bought the highest quality cargoes in 10 years in the S&P Global Platts price window in literally 1 day. Logically, the falling dollar sparks interest in commodities and products that are traded in that currency.
The curve of oil futures has been gradually strengthening. We can conclude that the reserves of this resource, which have been accumulated during 2020, are sharply decreasing. Brent's sharp spread is 27 cents a barrel, and that's with backwardation, a bullish market structure. Prices are higher on the near-term date than on later dates.
The pandemic and the fear that the virus could trigger new restrictions and border closures have led to a difficult situation. Demand for oil has risen sharply, but it is unclear how long the increased demand for this resource will last. Additionally, the problem of vaccinations around the world has had an impact. The situation in Asia does not allow resuming the transportation of fuel along the established routes. Japan is trying its best to normalize the situation. The government has decided to extend the state of emergency in the megacities until March 7, 2021.
According to Vandana Hari, founder of the consulting company Vanda Insights in Singapore: "There is a significant change in demand for oil. This is due to a decline in disease growth in the U.S."
Prices
●    West Texas Intermediate considering oil supplies in March rose 1 percent to $54.10 a barrel on the New York Mercantile Exchange.
●    Brent crude oil rose nearly 1% (0.9%) to $56.87.
Against this backdrop, OPEC has directed significant forces to increase oil production. But the pace is changing very slowly, for one month, the extracted amount of oil increased only by ⅔ of the planned volume.
It is worth noting that exports from the Persian Gulf have increased. The supply of crude oil from Iraq did not change. This suggests that Iraq has not fulfilled its promise to reduce oil production.
In other oil market news:
●    BP Plc's year-end profit was not as high as expected. Profitability of oil as a resource, declines amid Covid-19.
●    China's National Offshore Oil Corporation has gone on record as saying that increased production of the resource will not affect China's climate goals.
●    OPEC and friendly organizations have achieved relative stability in the global oil market.