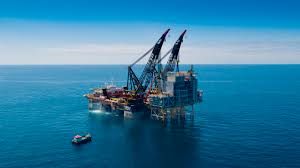 Tareq Kawash, McDermott Senior Vice President, Europe, Middle East and Africa. Said that McDermott has executed projects for more than 30 years, in Qatar’s North Field, We will leverage our experience and local resources to successfully deliver this project,”

"As oil and gas field development continues in the region, we are poised to build on this initial work to further support Qatargas as they progress the subsequent phases of the NFS project."
The contract scope includes the replication of five offshore wellhead platforms. The FEED contract will be executed from McDermott's Doha office and work will begin immediately.
NFS marks the second phase of Qatar’s North Field LNG Expansion Project, which will increase the country’s LNG production capacity from 77 to 126 million tons per annum (mtpa).
Phase 1, the North Field East (NFE) Project, will expand LNG capacity by 33 mtpa and NFS will add 16 mtpa
The project’s offshore development drilling campaign started in last spring.
Baker Hughes (NYSE: BKR) is providing turbomachinery for NFE.

Successful Tips to Get Promoted On Ships

Your true success in life begins only when you make the commitment to become excellent at what you do.” —Brian Tracy Here are some successful tips to get promoted on ships.