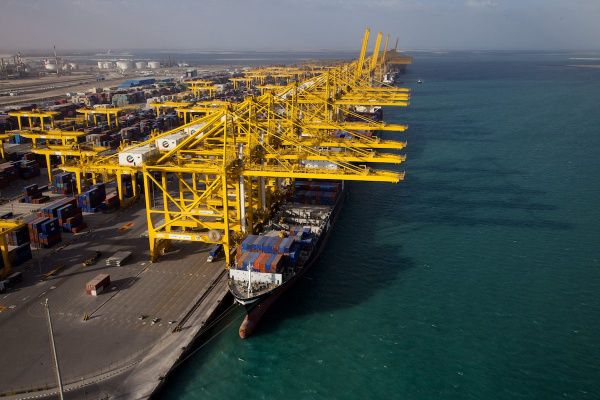 Dubai port operator DP World Limited reported that the total turnover of terminals in its investment portfolio for 2021 amounted to 77.9 million TEU, which is 9.4% more than a year earlier.
Consolidated turnover of the group increased by 8.8% YoY to 45.4 million TEU, comparable consolidated turnover excluding changes in the portfolio structure increased by 8.1%.
Commenting on the results of the year, the head of the group Sultan Ahmed bin Sulayem noted that DP World grew significantly ahead of the market last year: the average market growth rate was 6.5%. For comparison, the total turnover of terminals in the portfolio of Singapore terminal holding PSA increased by 5.6% in 2021, to 91.5 million TEU, the terminal operator of the Cosco group - by 3.7%, to 75.6 million TEU.

DP World terminals grew most dynamically in the Asia-Pacific region and India: their total turnover over the past year amounted to 35 million TEU, which is 12.7% more than in the previous year. Terminals in America and Australia increased volumes by more than 10%, terminals in Europe, the Middle East and Africa - by 5.7%.

In the last quarter of the year, the volume growth of DPW holding slowed down to 2.6% (19.6 million TEU), and in the EMEA region it completely disappeared.

Spanish ship crashed off the coast of Canada