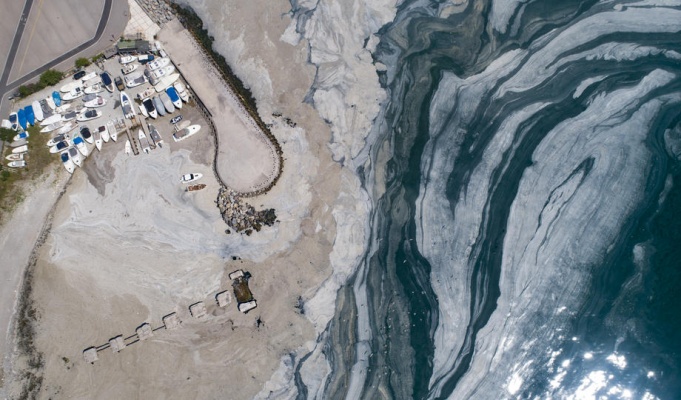 In Turkey, they began to clear the Sea of Marmara from mucus, and in the future, they want to declare it a protected area. Reported by Reuters.

As a result of the "attack" of slime in the waters of the Sea of Marmara, not only the local flora and fauna, but also the fishing industry were threatened. Slime clogs boat engines and damages nets.

Turkish Environment Minister Murat Kurum said that they plan to declare the Sea of Marmara a protected area. According to him, Turkey will now filter wastewater especially thoroughly and plans to reduce the nitrogen level in the water area by 40%.
Now 25 boats are involved in cleaning the sea surface and installing barriers. Also, 18 other vessels are working to prevent the spread of mucus.

On June 6, 2021, large-scale pollution of the Sea of Marmara was reported. This sea slime outbreak in Turkey is considered the largest in history.
Turkish President Recep Tayyip Erdogan expressed concerns about the possible spread of silt into the Black Sea.

SeaIntelligence assessed the loss of capacity in the container shipping market