Home News Pirate activity is on the rise 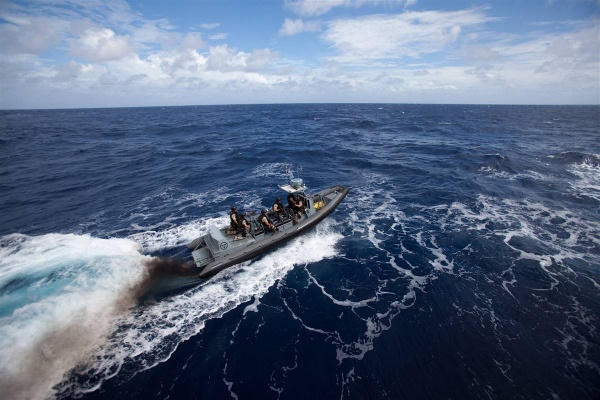 After a brief lull, the threat of pirate attacks on merchant ships in the Gulf of Guinea has risen again.
The Maritime Information Exchange Network in the Gulf of Guinea (MDAT-GoG), which is overseen by the British and French navies, issued a warning and advised ships to exercise special vigilance in Area E, which covers Togo, Benin and Nigeria.
Africa Risk Compliance (ARC), a private security company that provides comprehensive risk management services, also issued a warning: “There have been no pirate attacks in West Africa for over a month and there are currently no pirate hostages of sailors, so attacks are likely to be expected. in the next two weeks. All ships must continue to operate on high alert. "

The last 15 seamen taken hostage by the pirates, captured from the ship "De Poli Tankers", were released on April 15, they spent a little more than a month in captivity.
Intelligence company Diaplous Maritime Services reported suspicious activity near a merchant ship 200 nautical miles (370 km) south of Lagos, Nigeria. The incident occurred on April 20, the ship's crew noticed an approaching boat with eight people on board. It is reported that the crew members are safe, they are not in danger.
According to ARC, this is a 260-meter container ship; the incident took place in the exclusive economic zone of Nigeria; the ship was sailing at a speed of 19.4 knots.

According to experts at Diaplous Maritime Services, this incident reflects an upward trend in pirate activity in the waters of the Gulf of Guinea. The company rates the threat of attacks as extremely high.
“Attack can be expected every day, the likelihood of this is very high, so ships operating in the region should exercise the utmost vigilance and apply adequate preventive measures to protect against pirate attacks,” the company said in a statement.