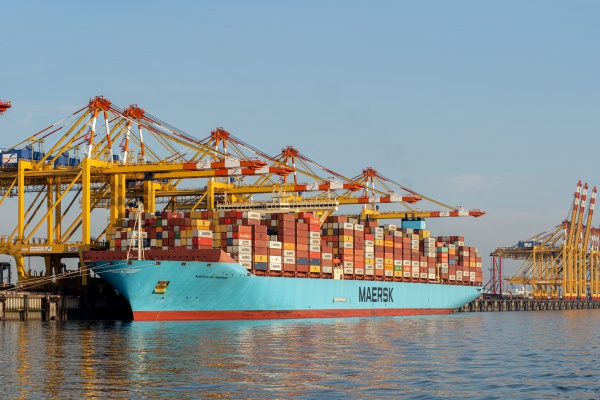 Revenue of the Ocean division of the world's largest container holding Maersk, which includes transportation on ocean routes of the group's liner carriers and strategic hubs APM Terminals, increased to $ 9.5 billion from $ 7.2 billion a year earlier, according to the report. This result was driven by a 36% increase in freight revenues as a result of a 35% rise in freight rates coupled with a 5.7% increase in traffic. Other revenue increased by 6.2% to $ 1.3 billion mainly due to increased income from downtime and detention, TASS reports.

Operating EBITDA from ocean operations increased 193% to US $ 3.4 billion, driven by higher freight revenues and lower bunker costs. EBITDA margin increased by 20 p / p to 36.3%.
EBIT was US $ 2.7 billion, compared with US $ 348 million a year earlier. This growth was driven, among other things, by a decrease in depreciation costs by USD 0.1 billion as a result of the increase in the estimated useful life of the container from 12 to 15 years.

Loaded container operations increased 5.7% to 3.22 million FFE (40-foot container equivalent), up from 3.05 million FFE in the first quarter of 2020, according to the report. The growth in volumes was mainly driven by strong demand for transportation from Asia on routes along the East-West axis. However, volumes on North-South routes and intraregional trade also increased.
The average freight rate for a laden container was $ 2,662 per FFE, up from $ 1,967 per FFE on average for the first quarter of 2020. The average freight rate at a fixed bunker price increased by 44%.

According to the data provided in the report, the global demand for container transportation in the first three months was 8% higher than a year earlier, that is, the growth rate was 2.3 pp higher than that of Maersk. OOCL volumes in the first quarter increased by 23.8%, COSCO Shipping Lines (CSL) - by 20%.
Maersk's volume growth on the East-West trade was 8.4%, while the report estimates the average market growth in this segment at 12%. For comparison, CSL volumes on the trans-Pacific routes increased by 32.5%, in trade between Asia and Europe - by 9.3%, for OOCL - by 25% and 20%, respectively.