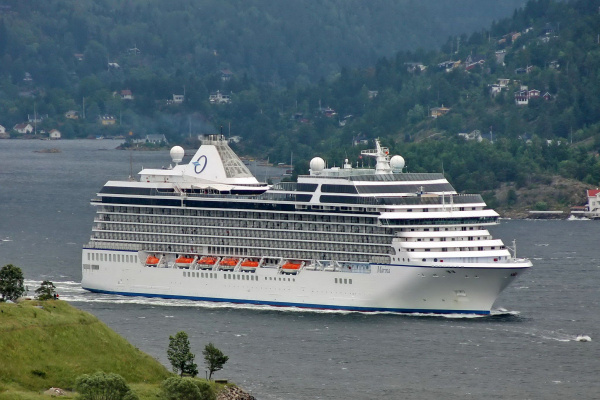 The vessel Marina has brought almost 400 tourists from the USA, Canada, Germany, the United Kingdom, Poland and other countries, the port of Klaipeda reported. "Although the cruise ship is still an isolated incident, it is a sign of the revitalization of cruise shipping and proof that the business is not changing direction," Port Governor Algis Latakas said in a press release. He stressed that cruise shipping is going through a difficult period, but the port intends to further develop activities in this direction.

More than half of the tourists from different countries of the world who arrived in Klaipeda decided to go on excursions in Klaipeda and nearby cities, the message says. In mid-August, the first cruise ship Artania since the start of the pandemic arrived in Klaipeda, then it delivered 677 guests from Germany, Austria, Switzerland, Italy and the Netherlands.
Port Infrastructure Director Vidmantas Paukshet then said that about 50 applications for calling to Klaipeda had already been submitted for the next cruise season.

Before the pandemic, during the season, the port served about 60 cruise ships, they arrived about 80 thousand tourists. The 2020 cruise season in Klaipeda has been canceled due to the pandemic.

The first battery-powered river boat in containers is in action