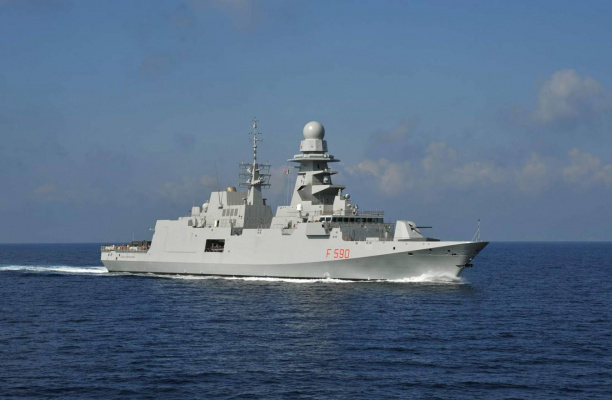 The Italian frigate Virginio Fazan participates in NATO missions in the Black Sea as part of "normal activities."
This is stated in a statement by the Italian Ministry of Defense on Thursday.

"The ship participates in NATO exercises in the Black Sea, this activity is normal [and is carried out] under the control of the NATO Rapid Reaction Force. In particular, the frigate Virginio Pheasant participates in the mission See breeze 2021," the statement said. it is specified that the exercises are planned until July 10 in the north-western zone of the Black Sea, as well as in the south of Ukraine, in which 30 NATO countries are taking part.

As noted, the specified ship is part of the second permanent naval group of NATO, one of the four multinational groups of rapid reaction forces. "The Fazan command, like the other ships of the group, guarantees a constant commitment to building up cooperation relations with other countries in the region," the statement said.