Home News From 2022 in the port of Antwerp, drones will control oil products spills 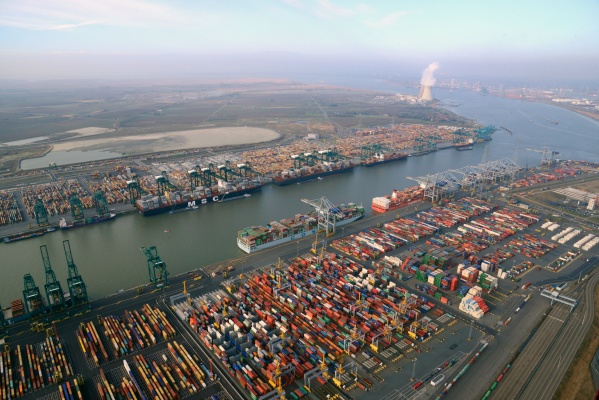 In the Belgian port of Antwerp, in 2022, the technology of automatic control by unmanned aerial vehicles of the water area from oil and oil products pollution will be introduced. As a PortNews correspondent reports, the head of the Port of the Future project of the port of Antwerp, spoke about this during the conference on modernization of ports and terminals SMART PORTS RUSSIA 2021 (organized by ICF - International Conferences).

According to her, several options for unmanned flights are currently being tested in the port of Antwerp: pilot-operated, fully autonomous and remotely controlled drone.

“Our task is to test various models in 2021, so that then, probably in September 2021, we will hold a tender and from 2022 fully implement this technology. The model (drone - editor's note), which we will choose, will be completely operational, ”said Svetlana Samsonova.

She explained that the drones will allow you to determine, record and send data on the detection of oil and oil products spills in the port water area to the database. This will allow a quick response and reduce port costs.
“We are faced with oil spills, they are often small, but, nevertheless, there are on average up to 50 of them per year. It costs us on average about 1 million euros per year. We manage to recover only a third of the costs and recover from the violator, since there is often a lack of evidence base, spills occur at night, on weekends, when they go unnoticed. To date, we have invested 30 thousand euros in this technology, considering that the port's annual expenses due to water area pollution are about a million euros - the project is economically profitable for the port, "Svetlana Samsonova commented on the economic efficiency of such projects.

She explained that the use of unmanned aerial vehicles - drones, allows you to quickly and safely manage, inspect and control the port territory. The use of drones is actively being introduced, since the territory of the port of Antwerp is very large - 120 sq. km, which is 6 times larger than the territory of the city of Antwerp.
As previously reported, the port of Antwerp launched an autonomous unmanned aerial vehicle (UAV) for the first time at the end of February this year to maintain the security of an integrated port facility.
The port can simultaneously receive up to 400 ships: the mooring front reaches 100 km, the depths at the berths range from 5 to 17.5 m. The depth of the river delta allows ships with a gross tonnage of up to 100 thousand tons to pass 80 km inland. Antwerp is more conveniently located than most ports in the North Sea: its terminals are connected to the hinterland through rail, river and road transport. The port of Antwerp ranks second in Europe after Rotterdam in terms of total cargo turnover.

In February 2021, the municipalities of the Belgian cities of Antwerp and Bruges reached an agreement to merge the two ports. The merger process of the ports of Antwerp and Zeebrugge may be completed in 2021, after the approval of the agreement by the antitrust authorities. According to preliminary forecasts, the turnover of the united port of Antwerp-Bruges will amount to 278 million tons of cargo per year.