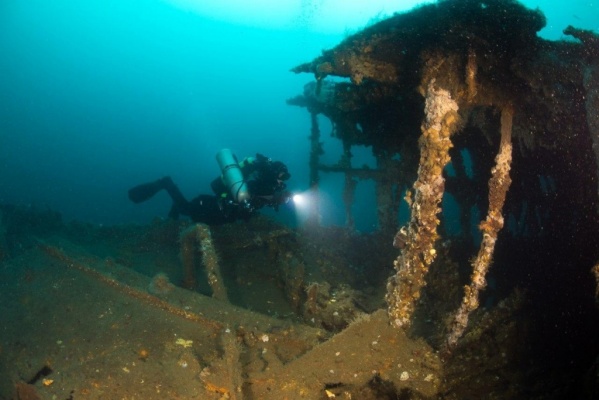 Researchers in Singapore have found in the country's coastal waters the wreckage of two ships that sank around the 14th and 18th centuries.
This is stated in a statement released on Wednesday by the Department of Archeology of the Institute for Southeast Asian Studies.

Divers raised objects made of green glaze of Chinese ceramics - the so-called longquan celadon - to the surface. Scientists believe that the fragments of dishes found were made during the reign of the Yuan dynasty in China (1271-1368). "We believe that many items are very rare, and there are even the only ones in their specimen," said Michael Flacker, project manager for marine archaeological research at the Institute.

Scientists also studied the wreckage of a second ship, which they believe sank around 1796 on its way from China to India. This, in particular, is evidenced by the types of guns installed on the ship, as well as anchors. During the underwater work, it was also possible to find objects made from Chinese ceramics there.

Representatives of the National Heritage Council said that after all the necessary work, including cleaning the artifacts, registering them, they will be exhibited in national museums. This is expected to happen at the end of the year.

Tallink's new vessel will be made early next year